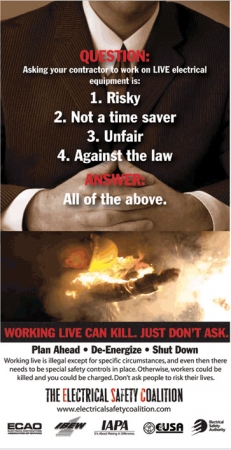 Family owned and operated, the West & Sylvester roots run deep. Southern California has been our business address since the late 1950’s when William West first went into partnership doing business for the water and wastewater industry some 50 years ago.

In the early 1970’s Bill struck out on his own and started West Electric. He and his wife Jean ran the company with their sons John and Tom working part time. Eventually Johns’ wife Debra joined the office staff working along side her husband and in-laws in both the office and field gaining valuable insight into the everyday workings of a family business. As the corporation grew the West’s son-in-law, Michael Sylvester, joined the company part time in the 1980’s and began a love affair with electrical work. After moving to the San Diego area Debi and John started a business of their own and Bill continued to groom Michael, while doing less and less field work and concentrating more and more on the estimating and purchasing end of the business. In time Bill and Jean’s daughter Linda, Michael’s wife, slowly took over Jean’s duties as she taught her how to run the office. Michael & Tom continued to work in the field as Michael became more involved in the business.

Michael & Linda continue to carry on the family business providing quality service while utilizing the valuable management skills passed down through the years. West & Sylvester Electrical enjoys an excellent reputation in the industry by continuing to provide the kind of integrity based work ethic that only a small family-owned and operated company can provide.